Race Notes
The Setup is the first of a two-race combo in which the combined times from The Setup and The Chase determine the winners of the 2013 Barebones Chase. This, the first race, will be short - expected winning time is about 15 minutes in each category. Your time in the first race determines your start time in The Chase: the faster you finish in The Setup, the earlier you start in The Chase.

Start time
You can start any time between 9:00 - 9:30. A 30 second interval will be used.
Better to start as early as possible to maximize recovery time for the following events.
Parent who run the course and then want to shadow their children will be allowed to start the shadowing as late as 9:45.

Start & Finish Arena
The event arena is in Veteran's Park. See the map below for parking.

Terrain
A very flat area, with a mix of trail and forest running. This race will be a test of your versatility, as the terrain changes a lot. Features can be obvious one minute, then vague with indistinct boundaries the next. Fast running and flexibility of mind will be critical.

Water levels are low one week prior to race day and the test runners have dry feet. However we expect water levels will rise and some route choices could be very wet.

Safety
There will be no running on streets, but you will be on a major bike and pedestrian path.  There are many other users of the trail system. Watch out when joining the major trails in the area so as not to startle other path users.

Directions
Park behind the old library and walk down Main Street toward the river. Start/finish are in Veteran's Park, beside the tennis courts. There are public washrooms immediately east of the parking area. 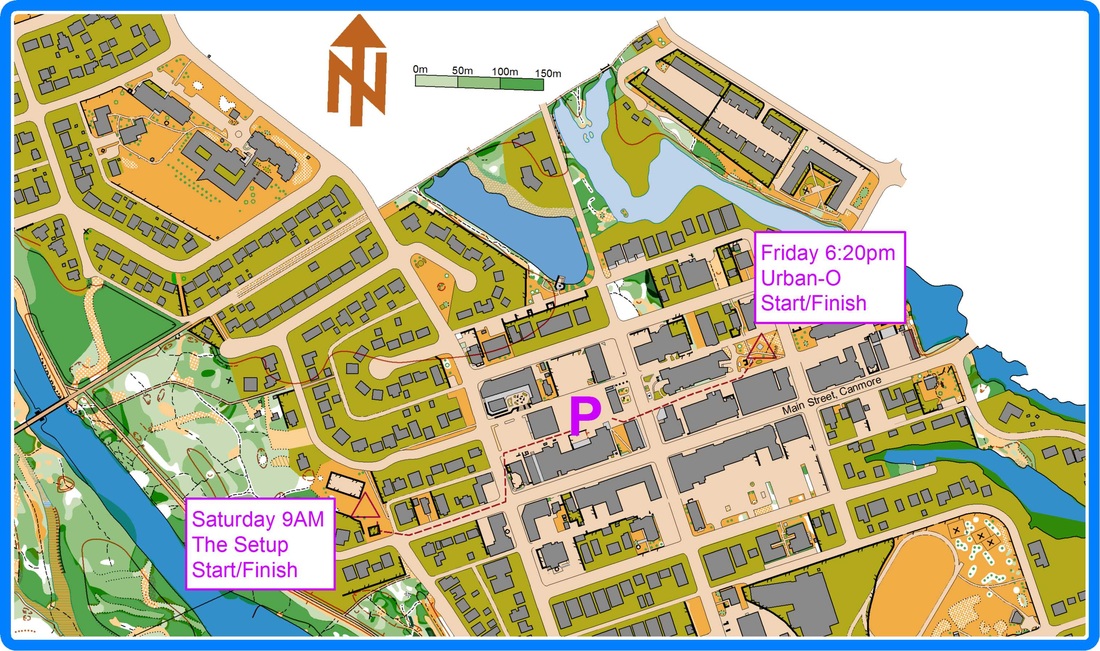